The Mystic:"Named must your fear be before banish it you can" -YodaThe term "Mysticism" has many meanings across many different cultures. As

The World Premiere Season Countdown Continues as the Fourth Movement Character is Unveiled: THE SHAM

MVT: IV The Shaman:   The Shaman across cultures is typically seen as a practitioner of medicine and healing who is capable of having trans

Movement III.    The Martyr:   A Martyr by name means witness and historically is seen as someone who suffers death and or persecution fo

​ The Trickster: A trickster is typically seen as one who breaks the rules of authority, gods, or nature. Generally these tricks are seen at first as malicious but later can be seen as positive or negative. The breaking of the rules is done by tricks, thievery, pranks or jokes. Their personality is often cunning, funny, and foolish but in the end their tricks and games are a way to raise awareness and often acts as an equalizer to the opposing powers. Archetype Character Init 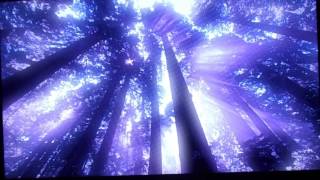 The World Premiere Season Countdown Continues as the Fourth Movement Character is Unveiled: THE SHAM

A new percussion concerto by Richard Danielpour comes to life in 2015-16.